Vaginal Fantasy Hangout 32 - He, She and It 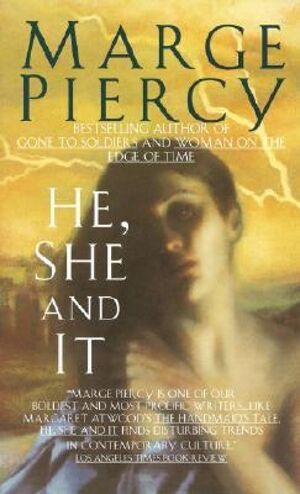 Main Pick: He, She and It by Marge Piercy[]

"A triumph of the imagination. Rich, complex, impossible to put down."
Alice Hoffman
In the middle of the twenty-first century, life as we know it has changed for all time. Shira Shipman's marriage has broken up, and her young son has been taken from her by the corporation that runs her zone, so she has returned to Tikva, the Jewish free town where she grew up. There, she is welcomed by Malkah, the brilliant grandmother who raised her, and meets an extraordinary man who is not a man at all, but a unique cyborg implanted with intelligence, emotions--and the ability to kill....
From the imagination of Marge Piercy comes yet another stunning novel of morality and courage, a bold adventure of women, men, and the world of tomorrow. 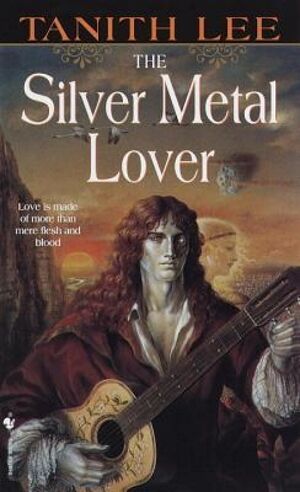 Love is made of more than mere flesh and blood....

For sixteen-year-old Jane, life is a mystery she despairs of ever mastering. She and her friends are the idle, pampered children of the privileged class, living in luxury on an Earth remade by natural disaster. Until Jane's life is changed forever by a chance encounter with a robot minstrel with auburn hair and silver skin, whose songs ignite in her a desperate and inexplicable passion.

Jane is certain that Silver is more than just a machine built to please. And she will give up everything to prove it. So she escapes into the city's violent, decaying slums to embrace a love bordering on madness. Or is it something more? Has Jane glimpsed in Silver something no one else has dared to see--not even the robot or his creators? A love so perfect it must be destroyed, for no human could ever compete? 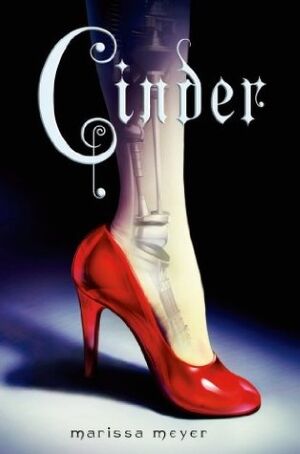 Humans and androids crowd the raucous streets of New Beijing. A deadly plague ravages the population. From space, a ruthless lunar people watch, waiting to make their move. No one knows that Earth’s fate hinges on one girl.

Cinder, a gifted mechanic, is a cyborg. She’s a second-class citizen with a mysterious past, reviled by her stepmother and blamed for her stepsister’s illness. But when her life becomes intertwined with the handsome Prince Kai’s, she suddenly finds herself at the center of an intergalactic struggle, and a forbidden attraction. Caught between duty and freedom, loyalty and betrayal, she must uncover secrets about her past in order to protect her world’s future.

Note: This title was added after it was discoverd that The Silver Metal Lover was not available as an ebook in all markets.