Vaginal Fantasy Hangout 57 - The Flame and the Arrow 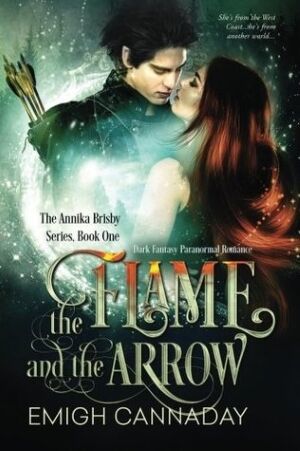 Main Pick: The Flame and the Arrow (Annika Brisby, #1) by Emigh Cannaday[]

"Don't do it, Annika," he taunted. His eyes were no longer bright and charming but dark and intense, yet they still twinkled. He was tempting, but was he harmful?

Aspiring rock star Annika Brisby thinks she knows where her life is going until she steps through a broken portal that leaves her stranded in a realm of fairies, vampires, and other mythical beings. Unable to return until it's repaired, she's rescued by wood nymphs who believe her sudden arrival is no accident. After being taken in by a prominent family of elves, Annika finds herself struggling to resist the seductive spell of their youngest son, Talvi. Equal parts arrogant and alluring, the notorious heartbreaker seems like the perfect distraction for her homesickness. Her new friends warn her that she'll probably regret ever laying eyes on him, and what begins as a casual fling quickly burns too hot to handle. By the time Annika learns the consequences of their forbidden trysts, Talvi's already under her skin and dangerously close to her heart. But on the journey home she discovers that there's a mountain of secrets that he's not telling her, and Annika can't help wondering who's really in danger. 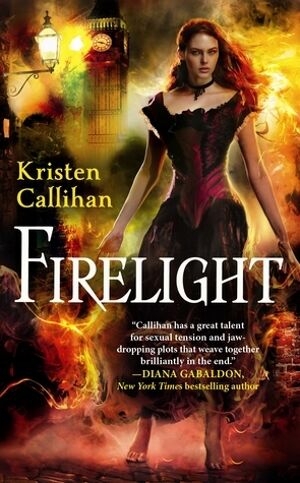 Miranda Ellis is a woman tormented. Plagued since birth by a strange and powerful gift, she has spent her entire life struggling to control her exceptional abilities. Yet one innocent but irreversible mistake has left her family's fortune decimated and forced her to wed London's most nefarious nobleman.

Lord Benjamin Archer is no ordinary man. Doomed to hide his disfigured face behind masks, Archer knows it's selfish to take Miranda as his bride. Yet he can't help being drawn to the flame-haired beauty whose touch sparks a passion he hasn't felt in a lifetime. When Archer is accused of a series of gruesome murders, he gives in to the beastly nature he has fought so hard to hide from the world. But the curse that haunts him cannot be denied. Now, to save his soul, Miranda will enter a world of dark magic and darker intrigue. For only she can see the man hiding behind the mask.