Vaginal Fantasy Hangout 63 - At Any Price 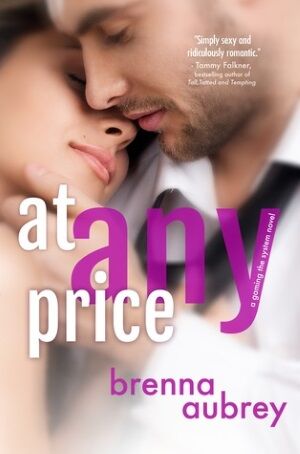 Main Pick: At Any Price (Gaming the System, #1) by Brenna Aubrey[]

When Mia Strong, proud geek-girl and popular gaming blogger, auctions off her virginity online, she knows she'll make waves. But what she will not be making is a love connection. Her rules are set in stone: One night. No further contact.

It's a desperate step, but it's the only way she can go to medical school and pay her mother's mounting hospital bills.

Adam Drake, the enigmatic auction winner, is a software prodigy who made his first million at seventeen. Now, in his mid-twenties, he's sexy, driven and--as CEO of his own gaming company--he's used to making the rules. Before Mia knows what's happening, he's found the loophole in the rules of her auction. Every stipulation she's made to protect her heart gets tossed by the wayside.

This New Adult book is intended for readers over the age of 18 due to adult language, sexual content and adult situations. 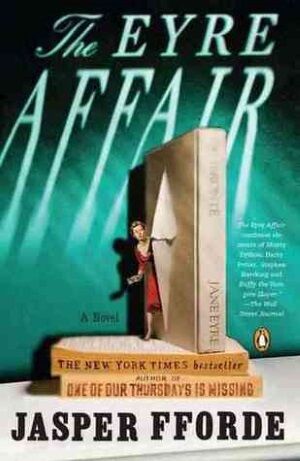 Alternate Pick: The Eyre Affair (Thursday Next, #1) by Jasper Fforde[]

Suspenseful and outlandish, absorbing and fun - a novel unlike any other and an introduction to the imagination of a most distinctive writer and his singular fictional universe.

Great Britain circa 1985: time travel is routine, cloning is a reality (dodos are the resurrected pet of choice), and literature is taken very, very seriously. Baconians are trying to convince the world that Francis Bacon really wrote Shakespeare, there are riots between the Surrealists and Impressionists, and thousands of men are named John Milton, an homage to the real Milton and a very confusing situation for the police. Amidst all this, Acheron Hades, Third Most Wanted Man In the World, steals the original manuscript of Martin Chuzzlewit and kills a minor character, who then disappears from every volume of the novel ever printed! But that's just a prelude . . .

Hades' real target is the beloved Jane Eyre, and it's not long before he plucks her from the pages of Bronte's novel. Enter Thursday Next. She's the Special Operative's renowned literary detective, and she drives a Porsche. With the help of her uncle Mycroft's Prose Portal, Thursday enters the novel to rescue Jane Eyre from this heinous act of literary homicide. It's tricky business, all these interlopers running about Thornfield, and deceptions run rampant as their paths cross with Jane, Rochester, and Miss Fairfax. Can Thursday save Jane Eyre and Bronte's masterpiece? And what of the Crimean War? Will it ever end? And what about those annoying black holes that pop up now and again, sucking things into time-space voids . . .

Suspenseful and outlandish, absorbing and fun, The Eyre Affair is a caper unlike any other and an introduction to the imagination of a most distinctive writer and his singular fictional universe.